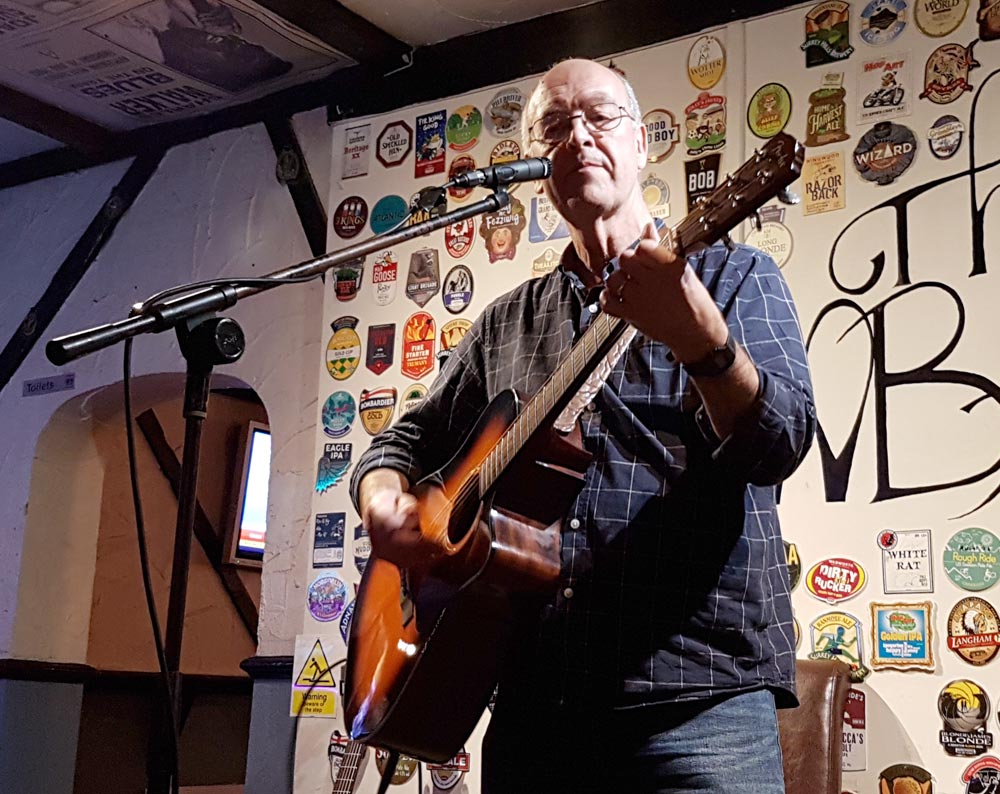 As you probably know, due to the Covid pandemic all forms of live music have taken a real hit since March 2020. And attending open mic nights in the Woking and Guildford area was one of my favourite activities. I used to try and go a couple of times each month. Fortunately things started to relax again in the autumn of 2021, and some venues started putting on open mic evenings again. One that did was the Rowbarge pub by the River Wey just north of Guildford – a regular favourite of mine before the lockdowns.

Perhaps conscious of the pandemic conditions, the open mic evenings never seem to be as crowded as they sometimes were in the past. But it’s great to be able to get back out there and play some of my songs again – including some new ones. And even if there aren’t as many people, there’s a good vibe from those that are there. So I attended 4 or 5 open mic evenings during the autumn in 2021, and so far I’ve been to one at The Rowbarge in January 2022. I’ll be aiming to keep going regularly from now on. It’s so good to be meeting up with musician friends again and hear what they’ve been up to.

Those who keep the open mic nights running

So I urge you all to get out there and attend open mic nights in your area. Let me know in the comments below which ones you go to and what they’re like. Can you recommend them?