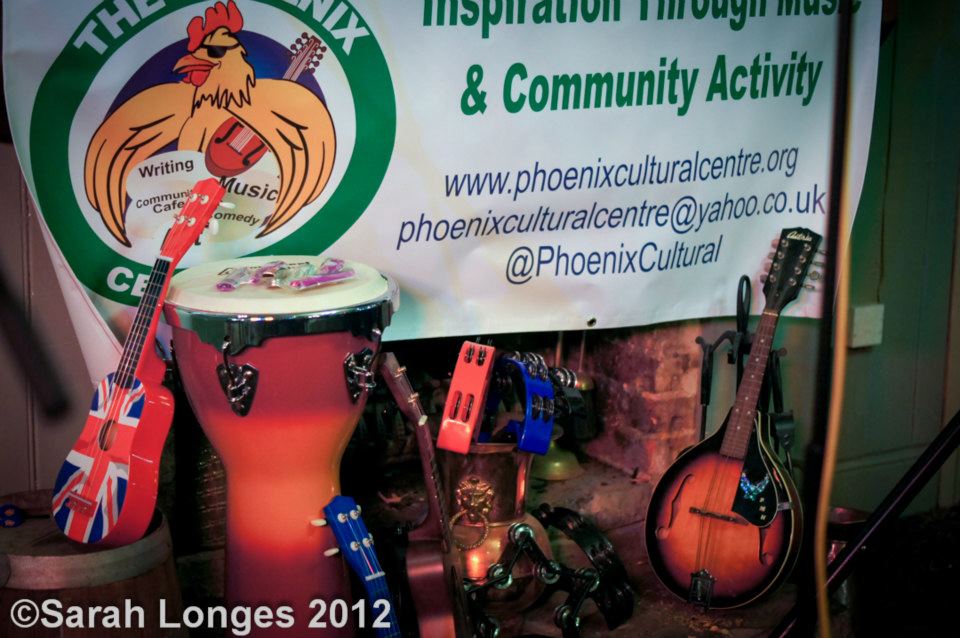 The Phoenix Cultural Centre is a community group based in Woking that has been set up to support Woking musicians, artists, poets, etc, and to try to open a venue in the town.

‘a Community focused arts and cultural centre and music venue for everyone in Woking to participate in and enjoy’.

Woking hasn’t really had a proper live music venue for many years, and that is about to change. But the Phoenix Cultural Centre need help to get the funds to bring this about.

END_OF_DOCUMENT_TOKEN_TO_BE_REPLACED

Since finishing the Life Line album in 2009, my musical journey took a back seat again for some time. I did write a couple of songs but didn’t pursue them at the time.

But in 2013 I started performing very occasionally at Vic’s Buskers Open Mic night in Guildford. I would play some of the songs from the Life Line album.

The atmosphere at the Phoenix nights was very friendly and supportive, and before too long I was performing there on a regular basis – singing mainly my own songs but with the odd cover.

Spurred on by this, I started to bring more of my songs back from retirement – to have some variety when I played. I also started to perform more regularly at Vic’s Buskers in Guildford.

During the summer of 2015 I was able to go busking in Woking town centre a few times and at the Woking Party in The Park. This was a first for me as I’d never done busking before.

Spurred on by all this playing, I found my songwriting skills came back again, and I have been working on many new songs, including one that was written in the autumn – High Time.

Check out the new album on CD Baby, and get high quality mp3 downloads.

Found My Way at CD Baby